Our aim is to create a platform to generate behavioural change. We share the processes, findings and outcomes of our projects so that others can develop similar ideas elsewhere. This section contains updates on our projects and the thinking behind them. We welcome your input and ideas.

This summer, I swapped the European drizzle for the Indian Monsoons for my latest trip to our projects in West Bengal. This visit focused on our activities in Purulia District, West Bengal. It is the newest location we have expanded into with our electrification project. Our electrical installations are in ‘tribal’ villages, meaning members of the community are descendants of people who have lived there for centuries before them, experiencing little migration inwards or outwards, living off a local economy, with strong community ties and equally strong ties to the land. The 2001 census estimated “tribal” people to represent over 8% of the Indian population, more than 80 million people back in 2001. They have minimal access to communication, transport, financial, health and education services. If the Mlinda model works in this community, chances are our model could succeed anywhere in India, perhaps also beyond.

If it worked in  this community, there is a good chance it could work anywhere

I was keen to visit Purulia as this sedentary lifestyle contrasts that of the Sundarbans, our other project location, where people are tied into the regional and national economy and where human settlement is recent, since the early 1900s, and still migrating in and out of the area in search of employment and trade. In contrast, Purulia is sedentary with modes of consumption and production that remain little changed for hundreds of years. I had questions about the community’s ability and willingness to accept the Mlinda electrification model. The answers I found challenge misconceptions of working with cash-poor, financially self-sufficient rural communities.

Cut-off from inter-regional commerce seen in other rural areas, would households in Purulia have the cash to invest in communally owned solar mini-grids?

Communities are willing to pay for services they value

Although communities in Purulia have less spare cash than in the Sundarbans, they do have some and are willing to part with for services they value. We had to tweak our model. At times up to thirteen households share ownership of a 225 watt installation, where each household pays a loan of 130 rupees (1.6€ or 2US$) a month for 6 years to access two light bulbs and a mobile phone charger, equivalent to the amount they spend on kerosene. The image below illustrates the basic but functional living conditions in the “tribal” community. No surpurfluous purchases are made. 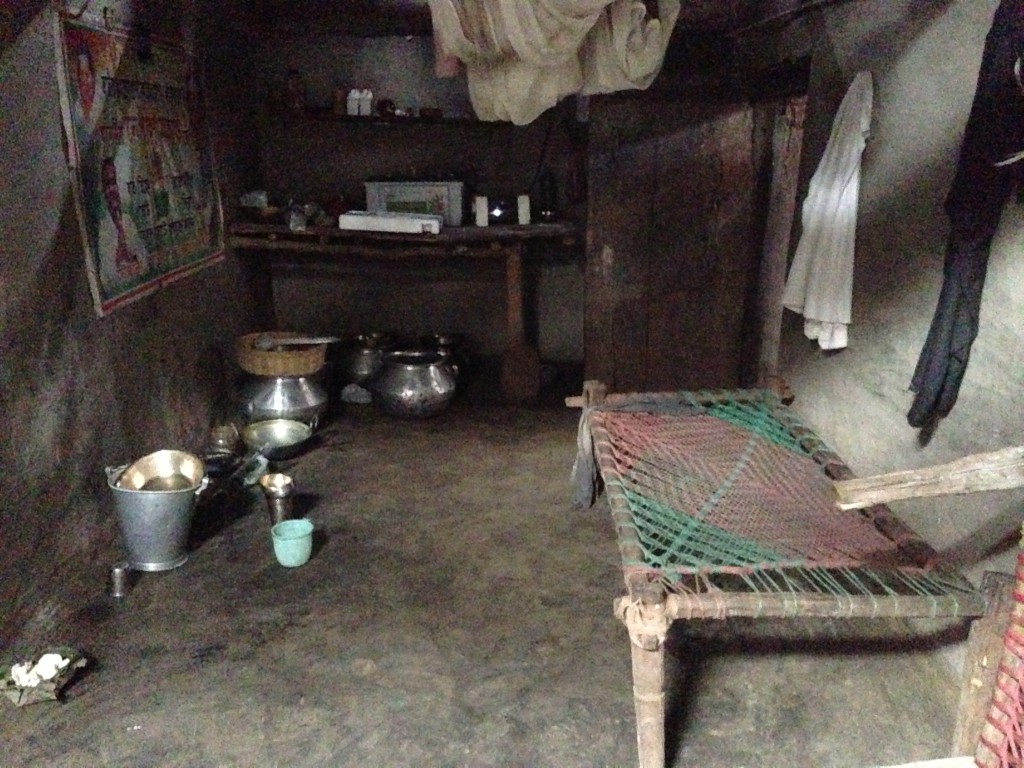 Would houseolds be interested in purchasing private solar-mini-grids in areas already defined as “electrified” according to State definitions?

In Purulia, disillusionment with the grid was stark 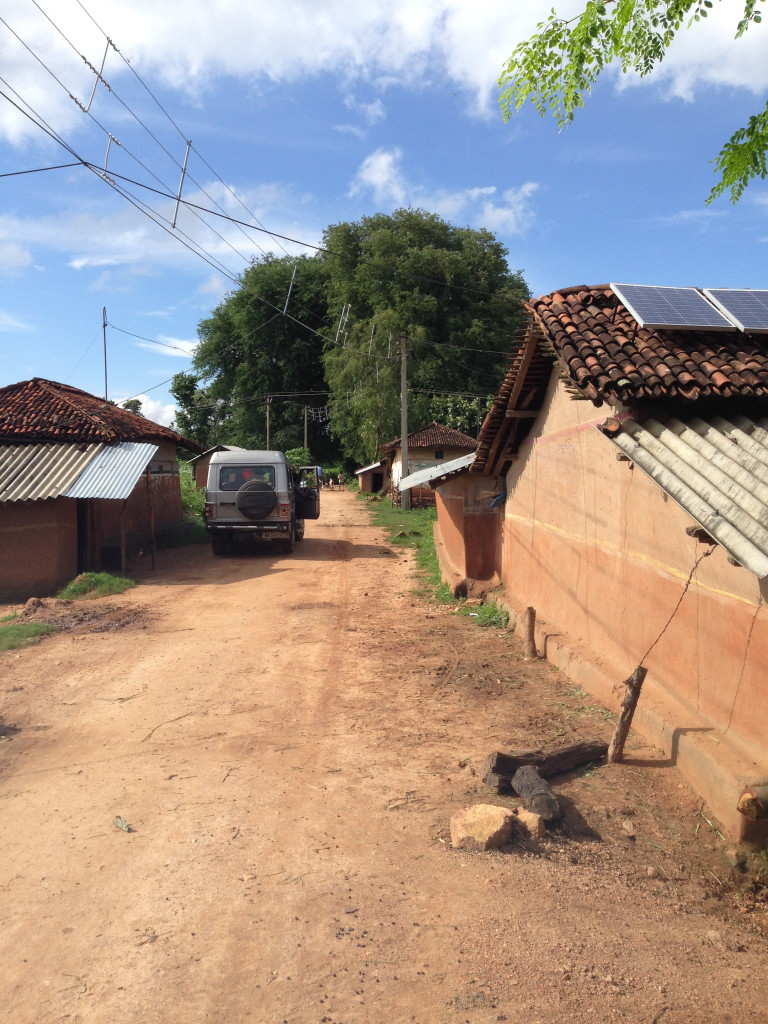 If Purulia’s economy is based on subsistence farming, what can Mlinda add that would help further reduce the carbon footprint of households that is already very low by any standard?

It turns out that even in a community with a small carbon footprint, we can play a role to help identify practices where green-house emissions can be reduced and goods with a positive impact promoted. In Purulia, within three months of introducing a different rice cultivation method, 47 plots had already converted to the “system of rice intensification”, a system developed in the 1960s widely praised for increasing rice yields while reducing the water use, green-house gas emissions from standing water, reliance on chemical fertilisers as well as pesticides.We will be reporting more on this and other activities in future updates as we further refine our strategy to develop environmental stewardship, to encourage positive environmental impacts in production and consumption, beyond the benefits of electrification. This image of organic farmers we have worked with, Giambher Murmu and Amula Ratan Mandi,  shows them in front of their ‘SRI’ – converted paddy field. 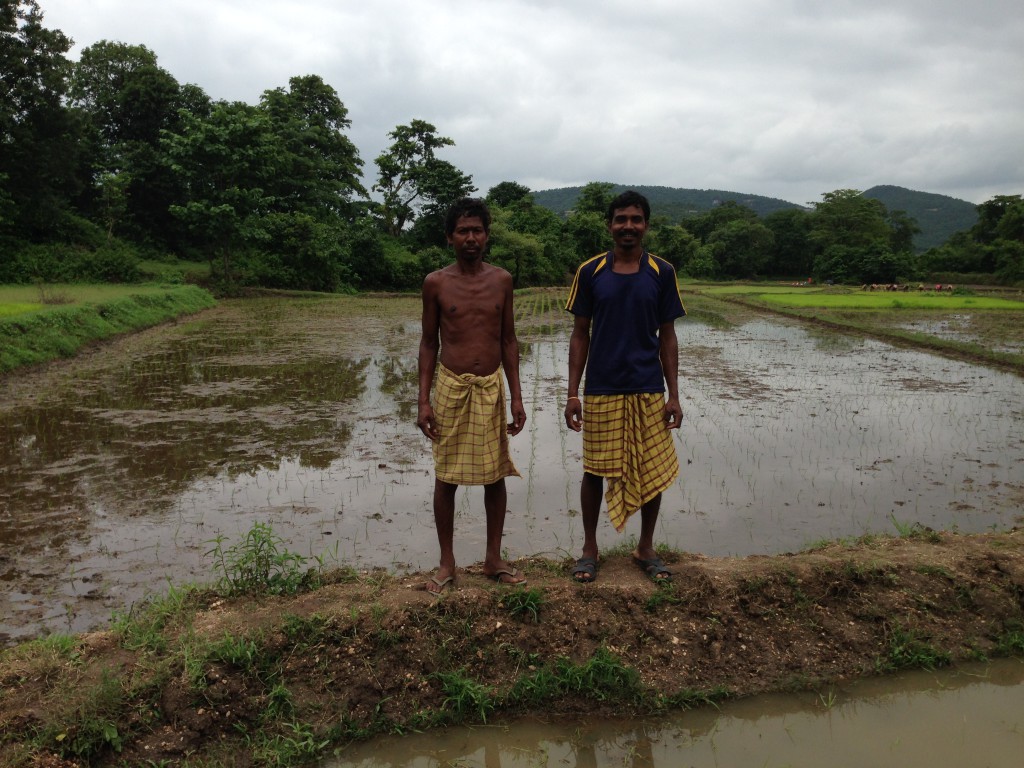 Important lessons to remember for now are 1) communities we may, from the outside, judge as poor and deserving only of charity hand-outs have a sense of ‘agency’ and control of the management of their resources, willing to pay and invest long term for services they value; 2) communities that already “electrified” are as deserving of solar electrification as those that are “off-grid” – and from an environmental perspective, perhaps more so as they compete with coal powered systems; 3) there is room for behaviour change interventions, or environmental stewardship activities, even in low-carbon economies.