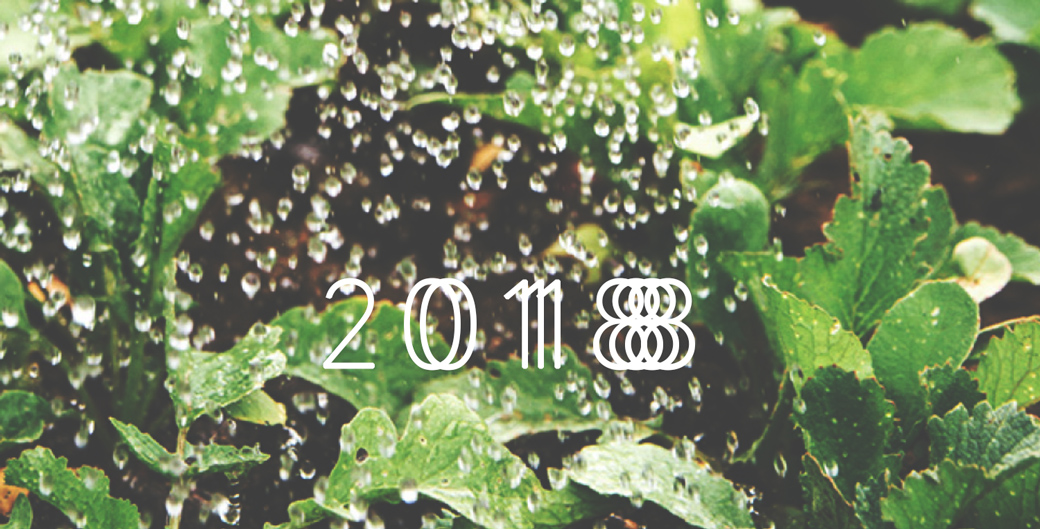 India made great strides in rural electrification in 2018. In areas where Mlinda operates, only 17 per cent of households remained unelectrified through the national grid. By the end of 2018, the organisation managed and operated 21 mini-grids in 22 villages and surrounding hamlets, providing 2607 families and 400 farmers with reliable access to modern, clean and affordable energy 24/7 with proven financial, social and environmental benefits for women, children and entrepreneurs. 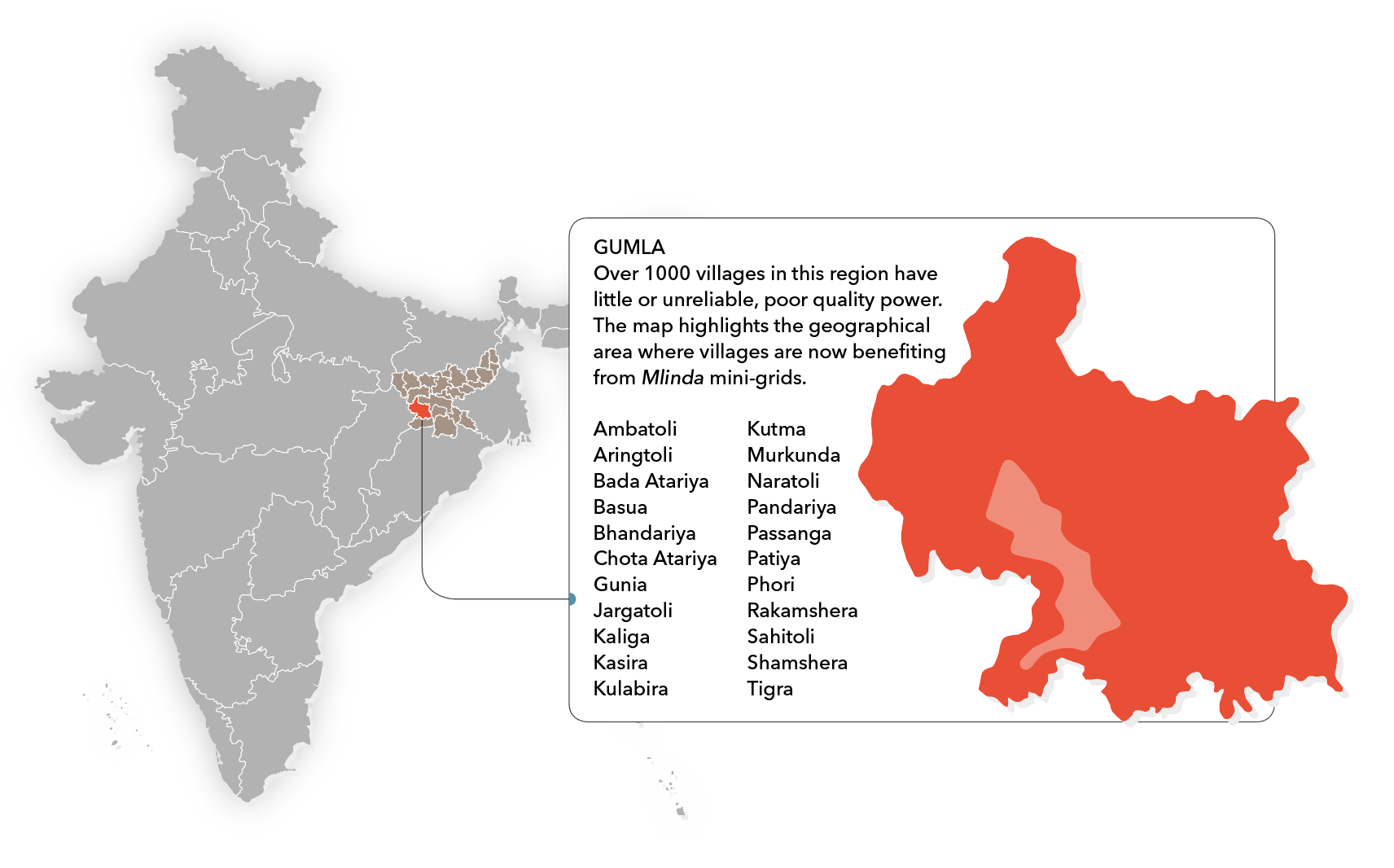 Mlinda’s model for mini-grid installation and support to the community is anchored in its close ties with villagers, and deep understanding of their energy needs.

Mlinda designs, installs and operates mini-grids in the villages and then supports the community to make the transition from diesel and kerosene to renewable energy.

Mlinda’s model for mini-grid installation and community support is anchored in its close ties with villagers.

In 2018, Mlinda installed 13 additional mini-grids at the rate of 4 to 5 every quarter.

Overall, by the end of 2018, Mlinda had installed and commissioned solar powered mini-grids in 21 villages with a total installed base of 466 kWp, electrifying 2607 households and 400 productive loads. 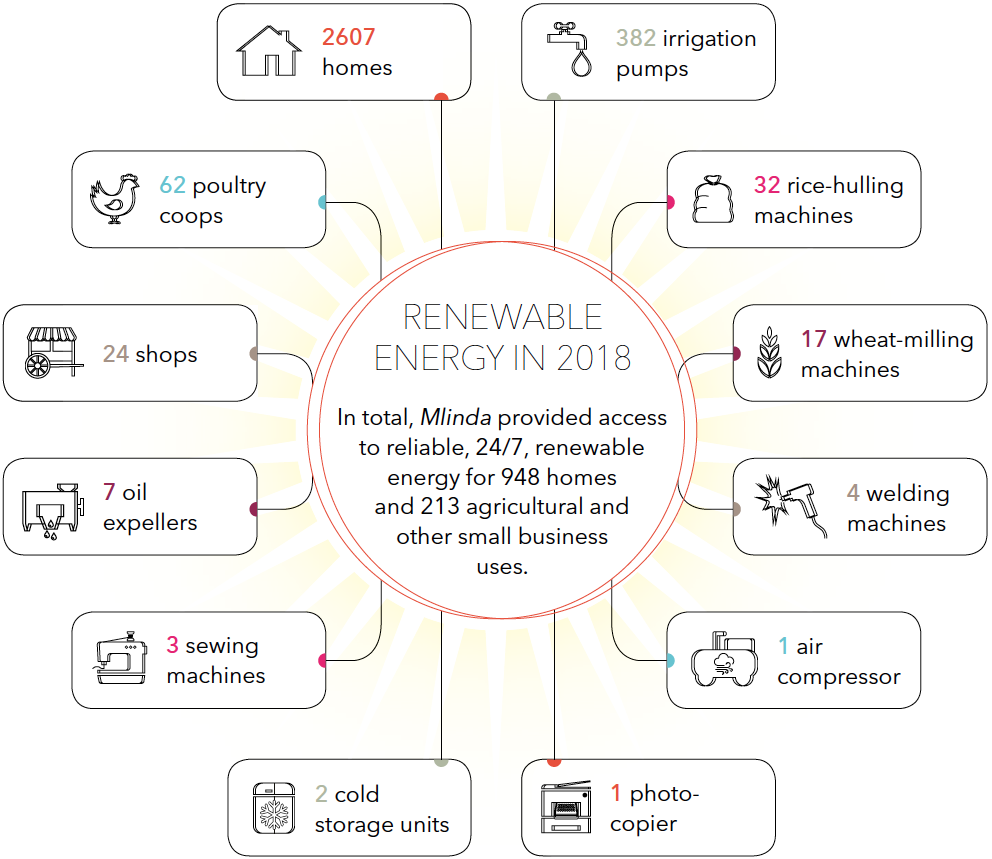 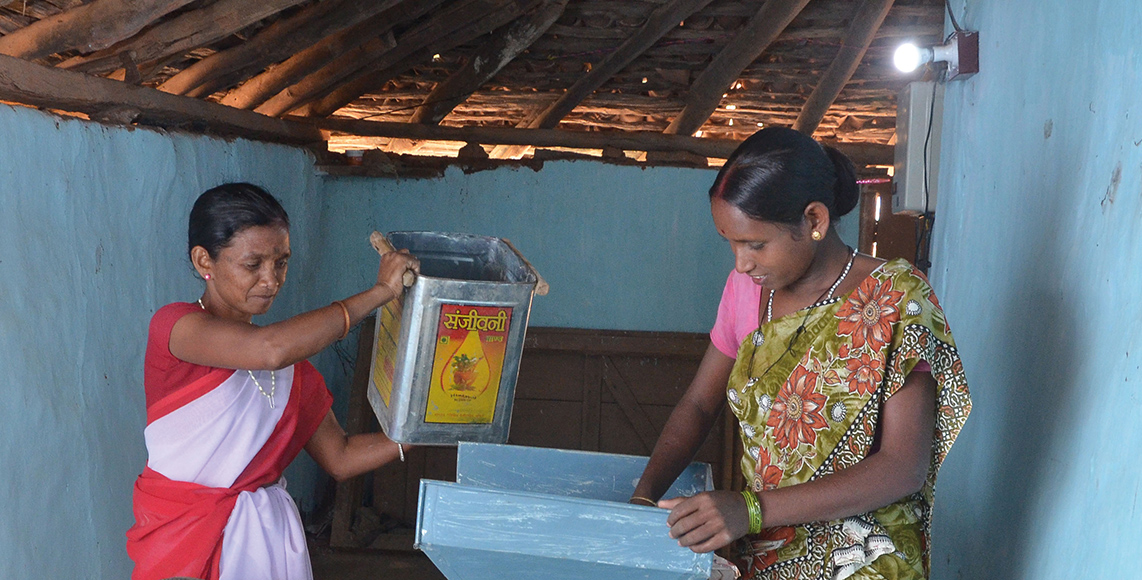 By the end of 2018, 63 % of target households were connected to Mlinda mini-grids. 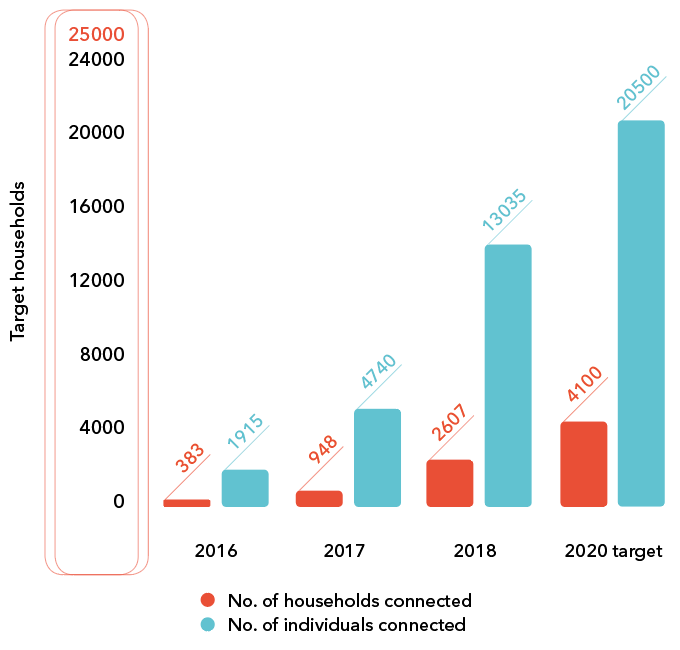 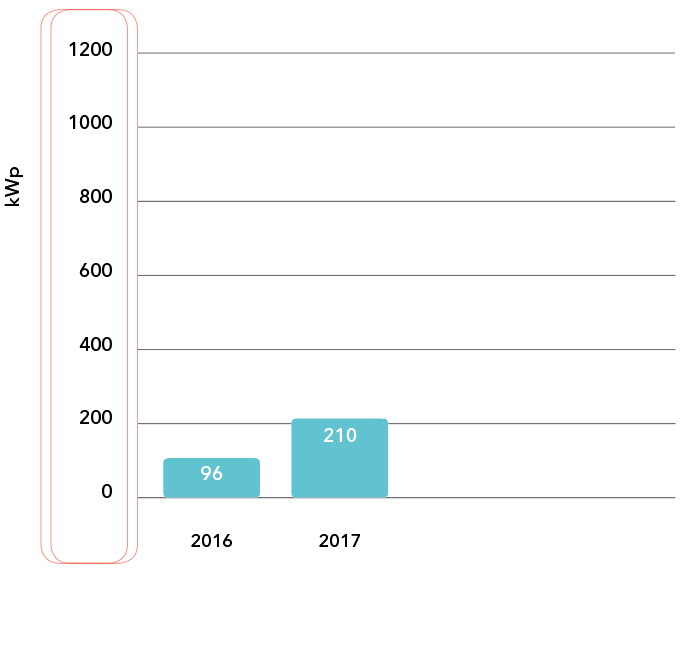 Mlinda measures the impact of its intervention in relation to environmental, social and financial wellbeing of the village as a whole as well as its inhabitants.

Mlinda commissioned an impact study in 2018 in nine new villages it electrified in 2018. This including household surveys to gain further insight into the environmental, social and economic impact of the mini-grids.

The impact study results highlight the positive changes experienced in the villages. 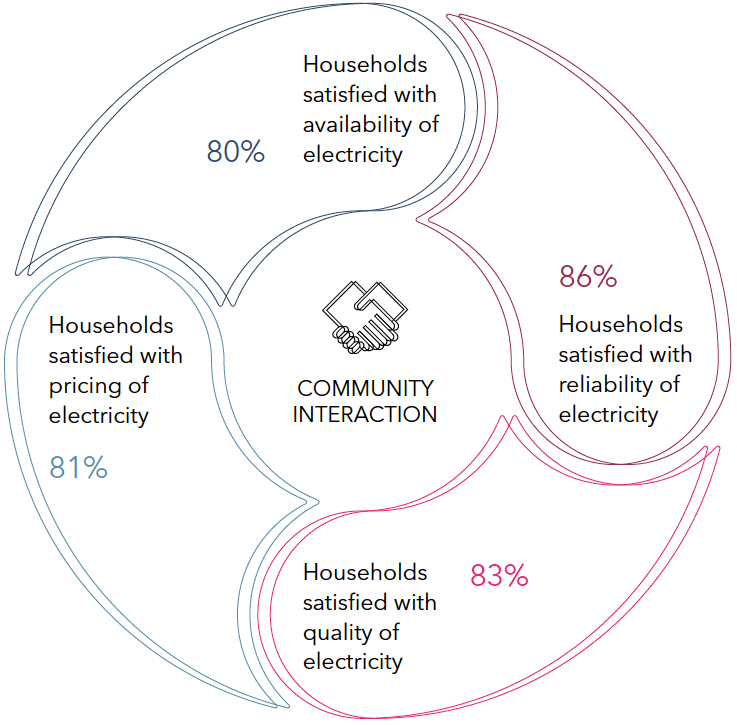 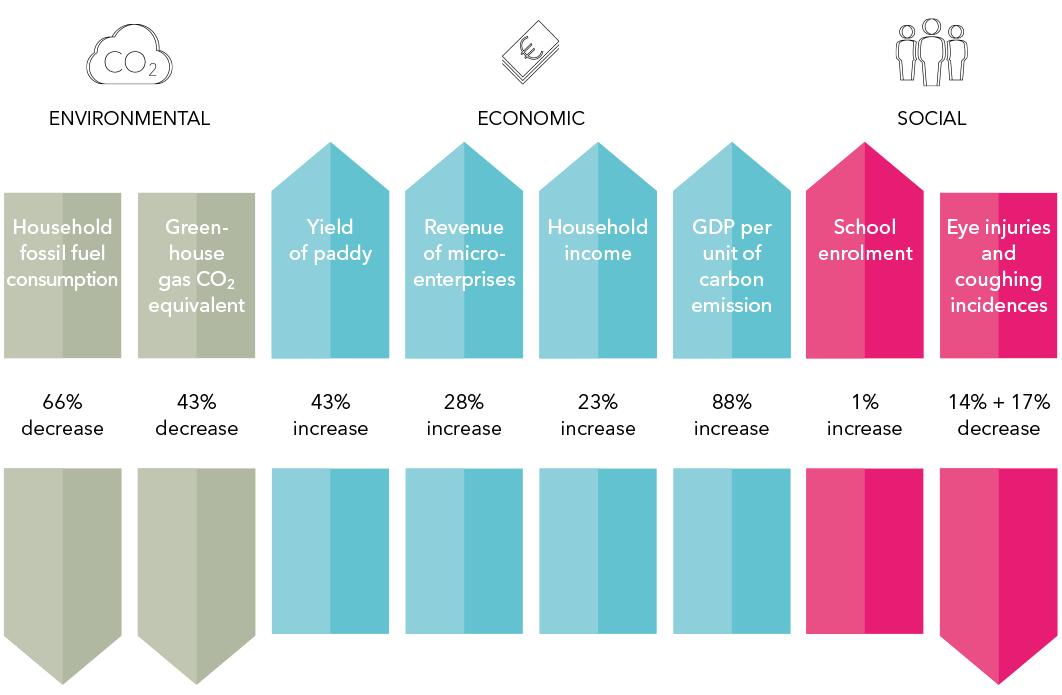 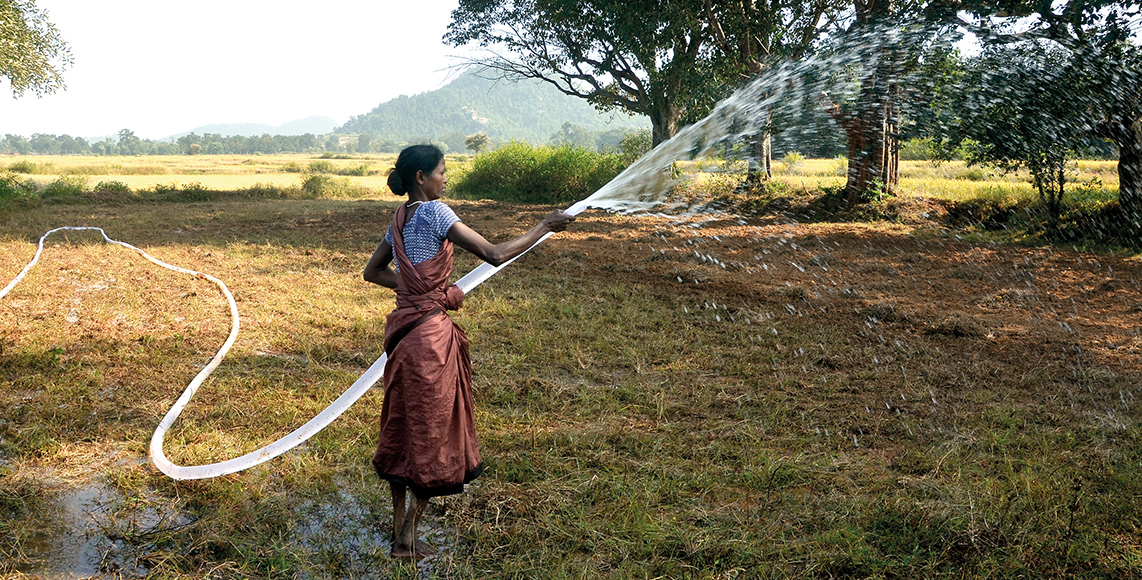 As part of a 50 village scale up plan, Mlinda will install 29 grids between 2019 and 2020. Work on four grids began in 2018 to be commissioned in early 2019. Additional grids will be installed on a quarterly basis and each grid will be on average of 23 kWp of capacity, allowing on average 480 new households to access clean energy.

COMMISSIONED GRIDS
It is envisioned that the total installed capacity by Mlinda in Gumla district will be 1 MW. A total of 5000 households, 20,500 individuals, 500 irrigation pumps, 30 rice hullers, 15 oil expellers, 3 cold storages, 30 wheat milling machines and 100 shops will benefit from access to energy by 2020. 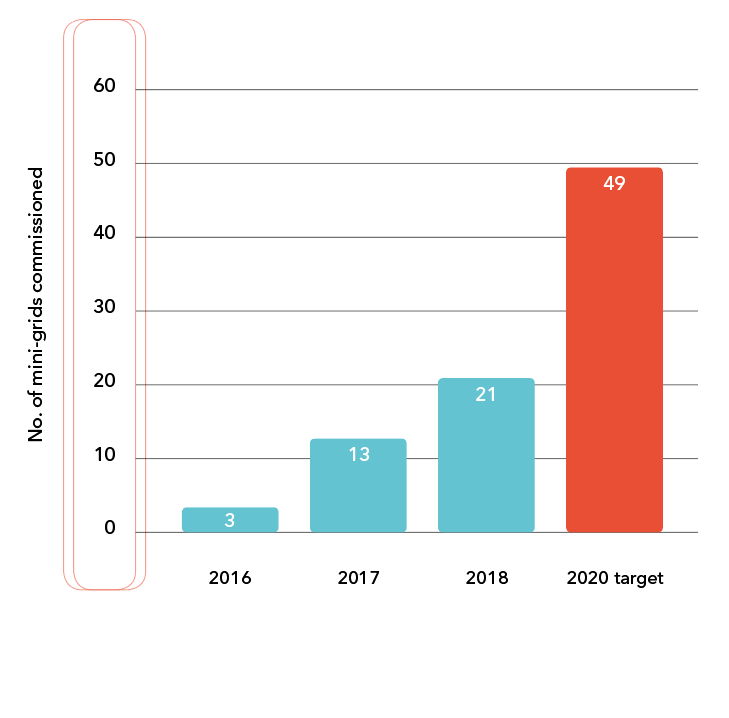 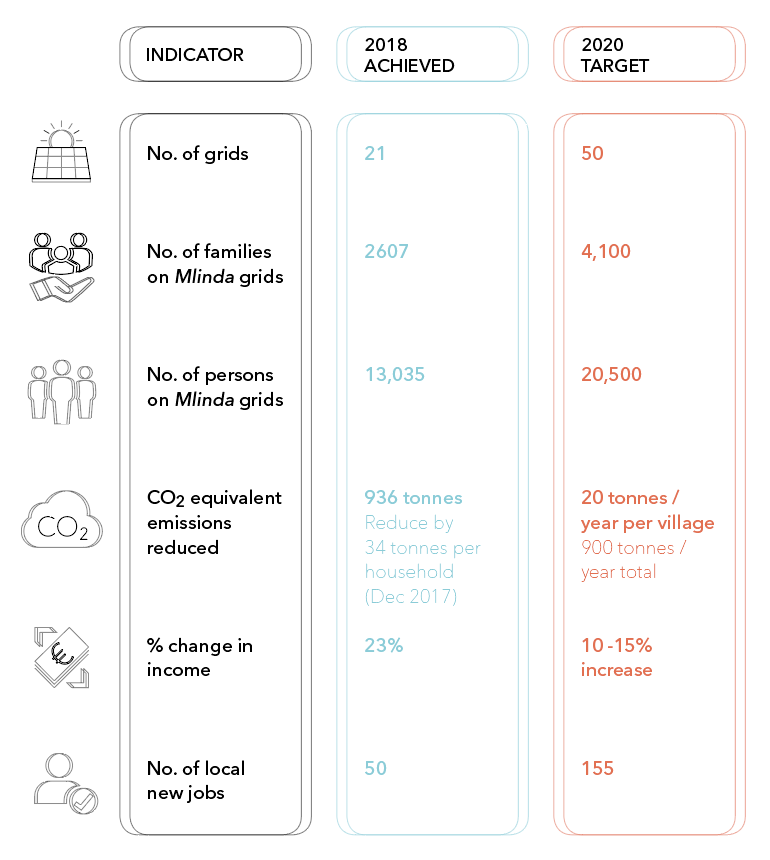